A HUGE thank you to all those that have supported me throughout this past year: the grandmas who came out and watched Baya so I could get out for long workouts during the build period, friends who came and cheered us on, and Katherine for racing with me (I love sharing this experience with you!).  Thank you for the amazing support and encouragement on this journey! 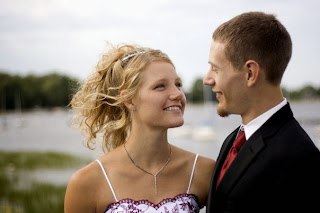 I’d like to specifically thank Andy, my husband, who has put up with so much.  He has watched Baya so I could get outside and train.  He has suffered through my insistence that yes, I do NEED to get my run (or substitute for swim or bike) in today.  He has traveled with me to almost every single race, where he would try to kill a lot of time as he waited for me, and photographed each race.  This past Christmas he even bought me my race wheels!  When we moved up north, we had to make sure I would have access to a YMCA so I could swim at the pool.  He would sit at the beach with Baya and wait for me to get back from my open water swim, or he would paddleboat with Baya alongside me.  He kept me stocked with running shoes (this is where we will miss Eastbay in the future) and apparel.
There was a stretch where I would get up and hop on the trainer in the early morning hours, and then he would tend to Baya when she woke up for the day so I could finish getting in my ride.  He biked next to me, with Baya being pulled behind, while I did my longest training runs for the marathon, so I wouldn’t have to carry anything with me, and he would help pass the time for mile after mile.  Just over a year ago, I was in my bike accident, and while life was simpler before Baya was born, for a stretch he then had to help me dress, wash my hair, and put it in a ponytail (does any man know how to make a nice ponytail by the way?!) until my shoulder recovered.
My bike needed some adjustments done to the rear derailer, I discovered, when we were back home with our families over the 4th of July.  Andy helped me find a shop that was open and could take care of it on July 4th for me, so that I could still ride while I was home.  Yes indeed, he sure has put up with a lot for me.  He has listened to me talk endlessly about different races, training, and different gear that I’m dreaming about.  I chatter on about the latest swim I did, and though I know he could honestly care less about swimming, he still listens.  Then he goes to my swim meet and takes pictures for me.  He believes in me, so much so, that after my first Olympic distance race, while I was shocked that I managed to finish 3rd overall, he simply said, “Of course you did.  You’ve been training a lot.”  I think I caught him a bit by surprise though after my first half-iron distance race, when I finished 4th overall, and he said, “You did disgustingly well.”  It feels good to still be able to impress my husband of five years! 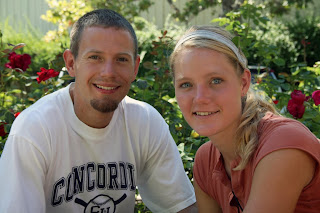 For all the things you do to make my triathlete lifestyle possible, for all the leg massages when I’m really hurting, and for always still continuing to encourage me, despite it feeling at times like my season is never-ending, I want to say thank you!  Only one more race this year (the marathon) of sitting on the sidelines and twiddling your thumbs while waiting for your dear wife to run by, until the next season when we can go through it all again together.  I’m thankful that I can count on you to be by my side for all this.  I don’t know what I’d do without you!
Posted by Jayme Wyss at 7:31 AM No comments: