There was never a point at which we felt like our family was incomplete, and even though we knew we wanted more kids, and we wanted Baya to have siblings, we felt quite the opposite.  We had a happy little family.  I was afraid and saddened thinking I’d be losing out on my Baya time, stressed on how to juggle it all, and dreading the sleepless nights.  Over three weeks in – here’s how it’s really going with life with TWO…. 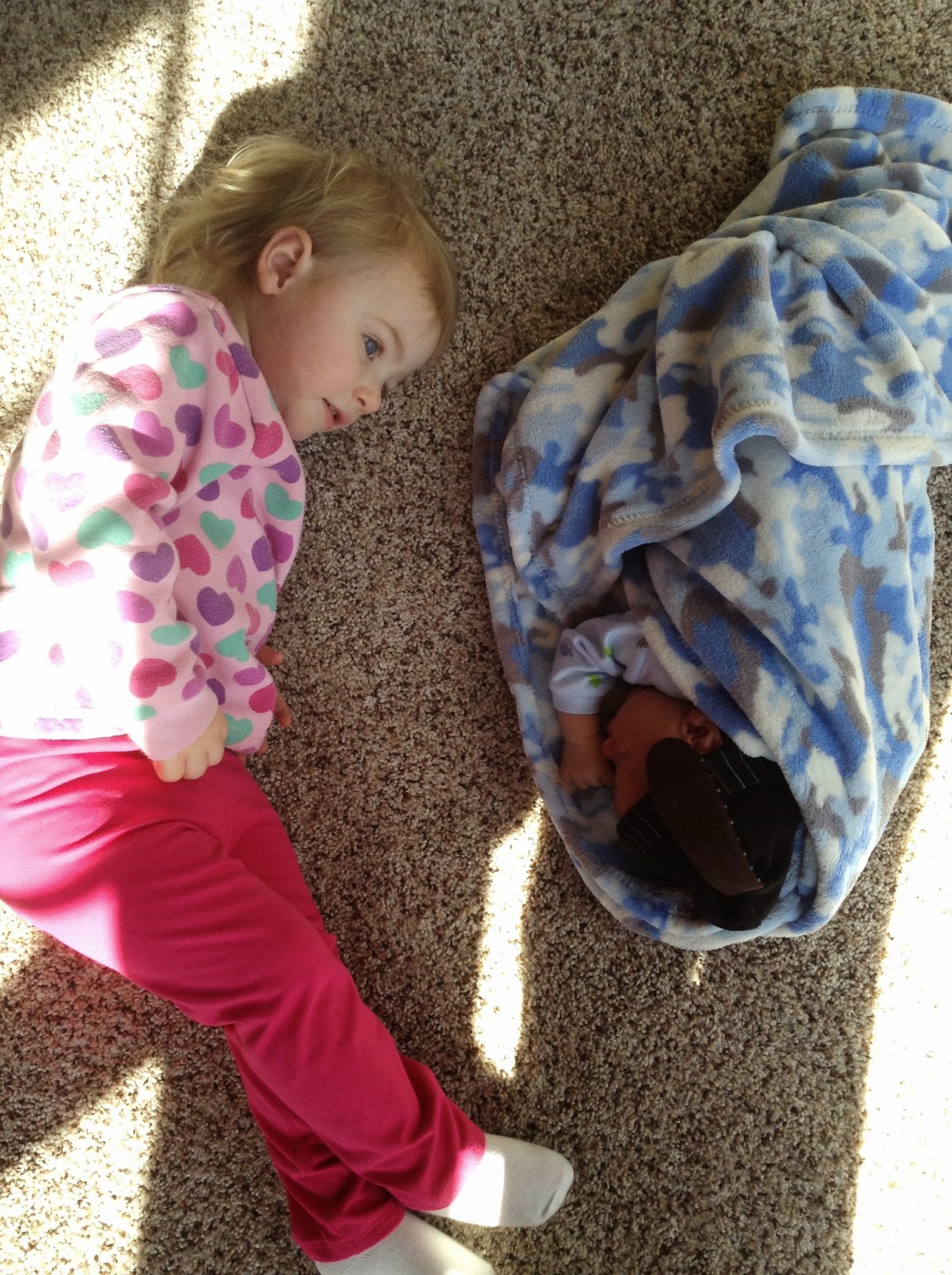 It seems longer than a few weeks, as if this new addition isn’t so new because everything just FITS and you can no longer imagine life with one less.  With all the visitors immediately after Myles was born and then having Andy home for a week, I did feel like I lost my Baya time, and that was emotionally tough.  I was used to having her next to me for everything, and I missed that.  Baya immediately grew up – size, height, weight, everything.  After Andy returned to work and it was us three, we found our new rhythm, and Baya grew up even more – as a big sister, as a big independent kid, a helper, and I felt she was less demanding, more helpful, and even at times was good for the sanity.  And somehow, Myles’ crying doesn’t bother her.
With your first kid, everything is stressful.  You are clueless and have no idea what you’re doing, what to expect, etc.  And sometimes you get misleading advice and you’re made to feel like a bad mother if you don’t follow it.  The second kid is less stressful (so far) OVERALL in that you’ve “been there, done that” already.  It’s less scary and more enjoyable.  It’s also been awesome watching Baya interact with and care for her brother as much as she does!
This past week though has been a tough experience.  It’s always awful having a sick child, and then having a newborn on top of it makes it even worse!  Suddenly Baya was excessively needy, whiny, and while I love her cuddles, it is tough holding two when you are breastfeeding the one at that exact moment.  Needless to say, it took exhaustion to a whole different level!  Over the past week, most days Myles has been on a schedule for the morning and early afternoon so I’ve been able to get all of my swims, runs, and even bike rides in (while the TWO simultaneously slept)!  There have been high points and low points, but there has definitely been a whole lot of JOY!  Adding another kid has added new challenges, but overall, it’s been awesome!
Posted by Jayme Wyss at 1:36 PM