Some women may be wondering about breastfeeding with this amount of training.  My sister said she noticed a decrease in her production once she returned to running after having her second child.  I was curious as to what would happen with me.  Of course I didn’t have a personal base of comparison, since this is my first child.  Nonetheless, I thought I’d share my experience for those who may be wondering if it is possible to breastfeed while being so active.  As always, personal experiences will always vary.  This will track through my results at different points along the way. 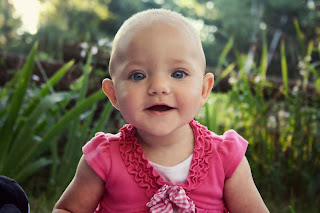 I had been producing plenty of milk for Baya after she was born.  She did the normal weight drop after she was born, but gained 13oz  by her 2 week appt (in 11 days).  I started pumping after a couple of her feedings (night feeding and morning feeding) for just 5 minutes and would get .5oz, so I knew there was more there than what she even needed, even though it didn’t seem like a whole lot.  It typically took about 20 minutes to nurse each time until she was satisfied, so I had decent production.  I had been extremely active throughout the entire pregnancy, so my body was used to the demands of exercise.  However, it lightened for the first couple weeks after delivery as my body recovered and I figured out my new routine.  I thought it would be interesting to see what would happen when my workouts started increasing more again.  They had been once a day and pretty mild compared to what I was doing at the end of pregnancy, so I thought my body could easily handle the milk production and my little bit of working out at 2 weeks in.

Going on 3 months, and I was still breastfeeding.  Even though I pulled some weeks with over 12 hours of training, I was still able to nurse, which actually surprised me.  I must say though that we had been supplementing with formula since she was about 3 weeks old, originally because both her dad and I coach track together, and so she tagged along to practices and meets (had her first track practice at six days old).  We found it to be much more doable if we used formula during those times.  I then would try to pump when I could.  At 6 weeks old, she was able to start attending mini-care while I worked/worked out, so then there would be a 3.5 hour stint where I would not have time to pump, and so she also got formula during that time.  For the most part, she mostly took in breastmilk.  She probably averaged with 1-2 bottles of formula in addition per day though as well.
When she was around 4 months, it became common to feed her a couple ounces of formula after I fed her.  I was still producing, despite being in my build period, but it wasn’t enough for her most times anymore (except for morning feedings).  At 4.5 months I started weaning her off of my milk.  I dropped down to nursing her only 3 times/day (unless she got up during the night, then there’d be a 4th).  I was still lactating; however, my milk did not seem to sit very well with her, as she would spit a lot of it back up.  So I decided to cut back on nursing and wean her off.  I’m not really sure it was my milk that wasn’t sitting well with her, as she seemed to spit up a lot of anything.  However, I was done nursing then by time she hit 5.5 months.
When it comes to breastfeeding, women will all have their own stories and experiences.  Some may not be able to nurse much at all, or for very long.  Others may be able to nurse for more than a year.  I was glad I was able to breastfeed for as long as I did, as I am in complete agreement with doctors that it is the healthiest and best option for babies.  You may experience a drop in production when being active, but I don’t feel that was necessarily the case for me.  I’m definitely an advocate for being an active mama, and in addition to that I would highly recommend pushing extra water to not only stay hydrated, but  in order to keep up with the demands of production as well.
Posted by Jayme Wyss at 7:28 PM