Dreams for Our Kids 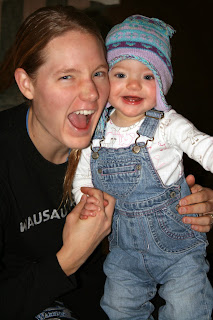 Recently I overheard in the locker room at the Y, one mother comment to another about how it seems necessary to have your kids in stuff by time they hit the age of 4.  While they were swim mothers, the same seems to go for many sports: soccer, wrestling, baseball, football, etc.  There seems to be a fear that if you don’t get your kid in a sport before the age of 6, then all hope is lost for them.  They will inevitably amount to nothing.  They will be behind their peers and they won’t stand a chance in becoming competitive, or perhaps go to state, or even compete in college.  However, those kids who become amazing because they started so young and have been developing for years in a sport, are often times the same kids who are burned out by their sport by time they hit college, and some by time they even hit high school.

I’m not saying that I’m against young kids in sports, but there is often too much pressure put on them at a young age.  Parents also should not feel pressured to force their kids to start athletics so young.  Some kids do want to be a part of it, and it may just be for social reasons, and that is fine.  It should be fun for them though.  There is nothing wrong with kids not starting a sport until they are in 4th or 6th grade (versus 4 or 6 years old).  Even starting a new sport in high school doesn’t have to be too late. I didn’t really even start pole vaulting until college, when I walked onto Concordia St. Paul’s DII Track & Field team.  Could I have been better if I was able to start earlier?  Perhaps.  Though somehow I still managed to break Concordia’s school records and provisionally qualify for the NCAA DII Indoor & Outdoor Nationals.  My husband didn’t start triple jumping until his junior year in high school and ended up jumping in college as well.
Who really knows what our kids are going to be passionate about anyway?  Interests can change, and as parents, we need to allow that to happen.  Maybe they’ll play soccer for many years and then end up running Cross Country and distance track in college (as a former teammate of mine did).  Or perhaps they’ll be in the circus for many years, all the way through high school, and then end up becoming a DII pole vaulter, breaking school records and also provisionally qualifying for nationals, as another former teammate of mine did.  I fear that too many parents try to live out their own dreams through their kids.  But kids will have enough of their own dreams to chase down, without feeling the pressure to live out ours. 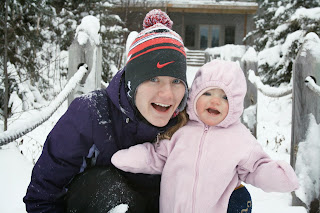 From before our kids are ever born though, parents will inevitably have many dreams for their kids’ futures.  I want Baya to have the freedom to just be a kid when she’s young, to play and have fun.  I want to teach her to swim, bike, and run.  I want to teach her how to play volleyball and do any track and field event that interests her.  I want to teach her to be artistic and make things, draw and paint.  I want her to be musical and to sing.  I wish for her to try new things and to find out what she likes.  I want her to read, to explore, use her imagination, build forts and have giggle fests.  I wish for her to find out what she’s passionate about, and to pursue it.  Along the way, I’ll still be pursuing my own dreams, and I hope she is inspired by that too.
Posted by Jayme Wyss at 12:55 PM