I have been pleasantly surprised at the growing number of athlete moms out there.  And I don’t just mean active moms, I mean super competitive moms.  The winter edition of the USA Triathlon Magazine came in the mail a couple months back, with a picture of XTERRA pro Emma Garrard holding her son, with the title “My Mom is So Fast.”  It talked about how becoming a mom no longer means retirement from competition for many.  That’s right!  The article mentioned a long list of other elite triathletes that were also continuing to compete at top-level racing, some just mere months after giving birth.
The winter Olympics recently wrapped up, and one of the athletes that I was pretty excited about was Noelle Pikus-Pace in the skeleton.  She had placed fourth in at the 2010 Vancouver Olympic Games and announced her retirement after the last run so she could spend more time as a mom.  In the four years since then, however, she had a miscarriage (as well as a son), which motivated her to return to competition and aim for a medal at the 2014 Sochi Games.  The spotlight interview of her on NBC showed her doing sprints at the track as part of her training, with her kids on the sideline, bundled up and cheering her on.  Noelle’s bio on teamusa.com read, “I have to trust that although my workouts are oftentimes interrupted, as long as I give 100%, it will be enough… I hope that in seeing my dedication, they might learn, even if it’s just a glimpse, that they can have an incredible dream-and reach it.” And congratulations, Noelle, on a silver medal at Sochi! 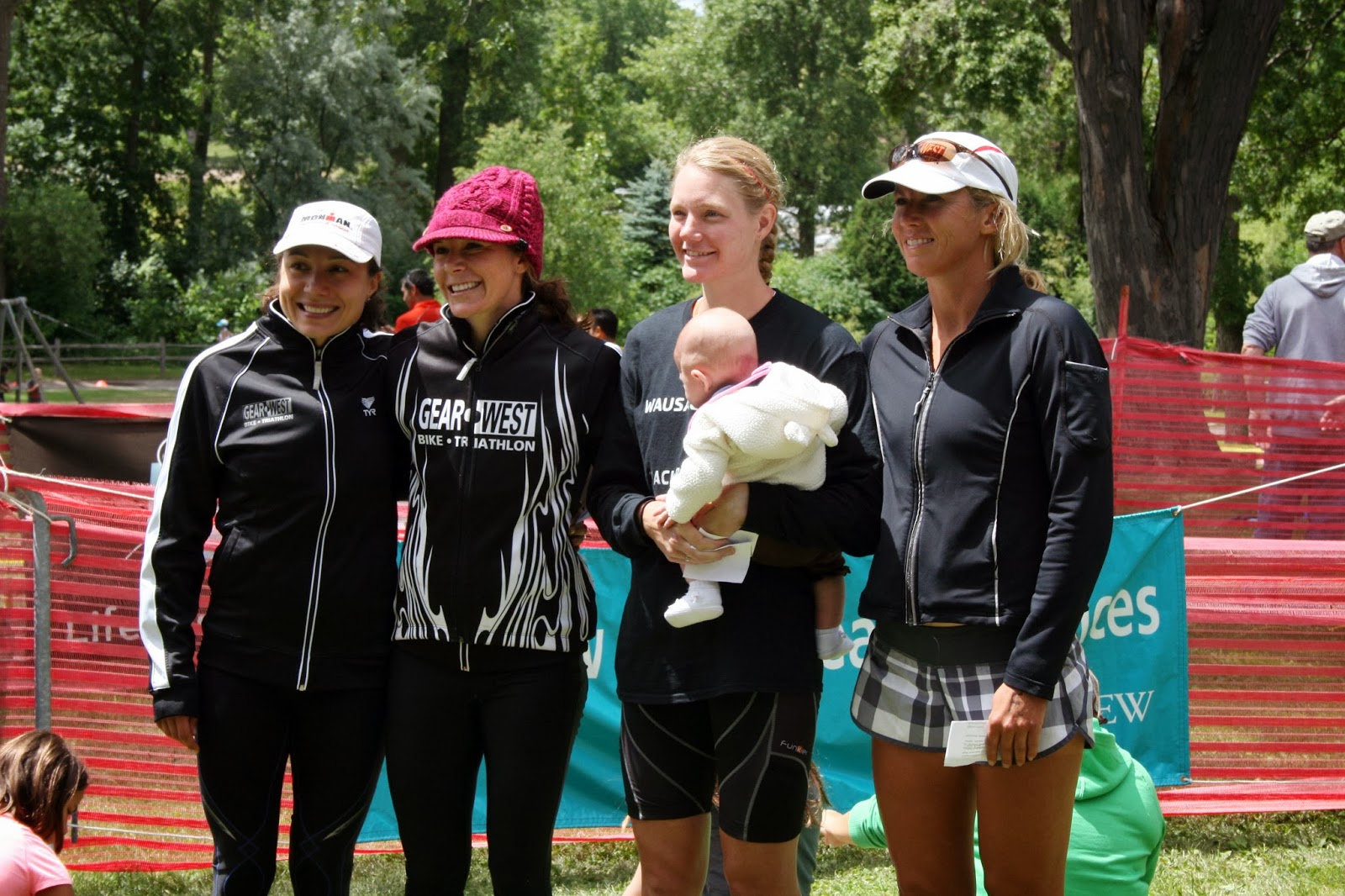 Then the April 2014 issue of Triathlete Magazine came in the mail and Ironman champion Liz Lyles was featured in it, who is also a mom of a 5 and 3-year-old as well as a part-time spin instructor.  Lyles says, “Having children has taught me more about being disciplined, having responsibility and being persistent.”  These are all things that also make her (and us fellow mothers) better athletes.  She goes on to say, “You’re on their schedule, not your own, and that’s the biggest thing that has helped me become better.”  While it can be frustrating at times to be stuck on your child’s schedule, it also leaves zero room for procrastination.  I know that if I want to get a bike ride in during the week, it has to happen during her nap.  This means I can’t waste much time in getting out there because some days her naps just don’t last as long as they should!  “And anywhere we go, people say, ‘I can tell they’re your kids, because they never stop moving either!’”1 I hear that!  Baya was always moving in the womb, and she hasn’t ever stopped!
There are other women you should already have heard of as well, such as 5-Time Olympic swimmer Dara Torres.  She had her daughter in April of 2006.  Then in 2008, she was not only the oldest female swimmer to compete in the Olympics, but she was also a relatively new mom too!  At the time she was 41, and her daughter was two.  She won three silver medals that year.  Then there is Olympic beach volleyball player Kerri Walsh-Jennings, who already has three children and yet is aiming for a fourth-straight Olympic gold medal at the 2016 Games.
A mom knows how to endure and push through pain like no one else.  We are tougher, more determined, and more disciplined.  We are moms, and we are so fast!