This winter I got a PowerTap for my bike, a power meter that measures watt output.  This gives me feedback on how hard I’m ACTUALLY working.  I say it like that because I thought I was working hard before I got my PowerTap.  It’s tough though, when there isn’t consistency for comparison.  I had been using a much simpler bike computer before, that basically told me how far and how fast I was going.  When you ride outdoors, there are too many factors to be able to compare average mph for feedback though, such as wind, temperature, hills, etc.  Indoors, there is at least consistency from indoor ride to indoor ride, but there wasn’t any real connection to what I was doing outside.  That makes it difficult to be able to tell if I’m making any real progress on the bike at all.
I picked up my PowerTap hub and Joule (bike computer display) on Black Friday last year, taking advantage of a discount day, but didn’t get it installed and back until around Christmas.  There were a couple glitches in getting everything working properly (PowerTap was awesome at replacing the faulty part promptly), and I was antsy because I started my bike block right away in January.  I also had an issue with my trainer (it was leaking fluid, but Cycleops was superb and replaced the whole part under warranty).  Too much unnecessary stress when I just wanted to focus on cranking out the watts!
I had set aside 8 weeks for my bike focused training block.  During that time I aimed to bike 5-6 days per week.  I did two hard days, followed by an easy day, then a day off (from biking).  Since it’s still the offseason, and my husband and I have a deal that I can only do one workout per day on the weekends during the offseason, then I dropped a run and biked on Sundays instead.  This is a sample week of my bike block:
Monday:         Bike 5x5’ (4’) intervals, worked my way up to 105%+ (zone 5)
Tuesday:         Bike 1-1.25hrs aerobic (zone 2)
Wednesday:    Off from biking
Thursday:       Bike 2x20’ (5’), worked my way up to 96% FTP (zone 4) for 20’ intervals
Friday:            Bike VO2Max 1’ intervals, worked my way up to 2 sets of 9x1’ (1’)
Saturday:         Off from biking
Sunday:           Bike 2x20’ (5’) again
All rides were typically an hour in length with the warm-up and cool-down, except my aerobic ride which might go a little longer.  Fortunately, I knew my zones because I was able to borrow wheels with a PowerTap last summer, and I was able to find out my estimated FTP from a race I did.  (FTP is typically the pace/watts you can hold for an hour).  Along with my biking, I still ran 6 days a week, but kept my mileage lower for most of the training block.  I stayed around 20 miles per week for most of this, and kept them all easy pace in the beginning.  To prepare for the run block that would come next though, I did start to increase to 24 and then to 28 miles per week by the end, and I also had several weeks that had a run that included some 200-400 repeats (I’ll get into that more with my post about my run focus).  I also continued to swim about 4 days per week, averaging 9-10,000 yards per week.  Two of the swims I kept hard, one I dropped to moderate effort, and the other I would do a mix of easy swimming, kicking, some IM stuff, and pulling. 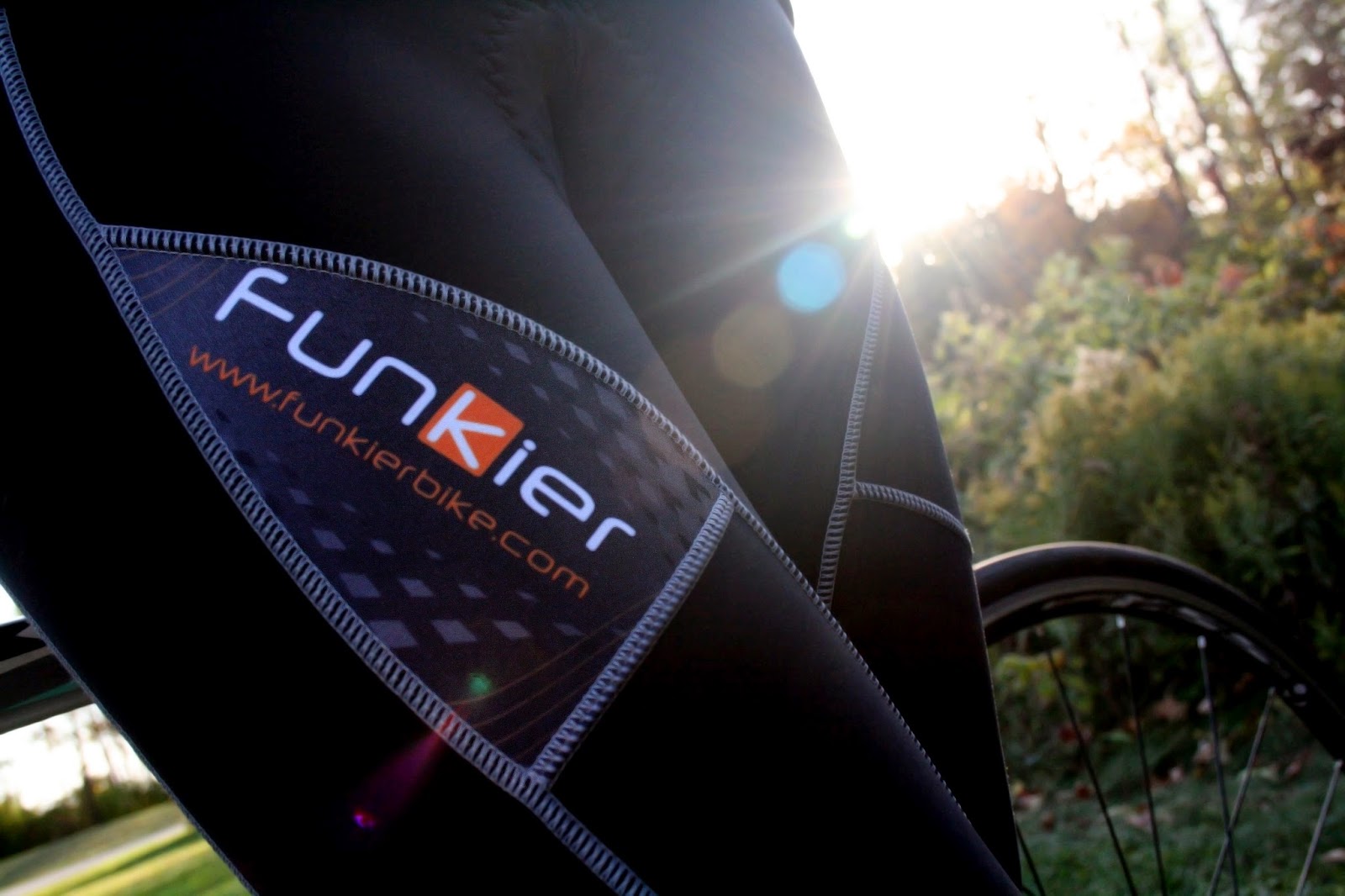 Before my PowerTap, like I said, I thought I was working hard while biking on the trainer.  When I got the PowerTap though, I realized that I had to work a lot harder.  How hard, you say?  Well, I do my biking in the garage, and for the majority of this, we did not have a heater that worked out there.  In case you have either somehow forgotten, or shut it out of your memory, we have had a crazy cold winter around here.  While it at least stayed above zero in the garage, it was in the single digits some days, and otherwise common to be around 15 degrees or so.  I wore my amazing cycling microfleece tights (highly recommended for cold rides!) from Draft Cyclery, two pairs of socks, mittens, but would get down to a tank top after I got going.  While my water bottles would freeze up on me, I still managed to sweat pretty well.  Talk about intense.  I didn’t realize how hard I really needed to be working until I had real life numbers to be pushing for.  I also realized that our house had too many stairs to climb up and down after completing such workouts.  Here’s to a stronger bike leg this season!