I’m over 28 weeks along and in the final trimester.  In some ways that makes it seem like it’s gone by quickly, but I still have over 2.5 months until my due date, and then it just feels like a long ways to go yet.  The holiday season makes the next few weeks kind of rush by though and then I’ll be in my final 2 months of countdown until the REAL craziness of life with a newborn and a 2-year-old begins!
So how are things going?  Baby wise – everything is good under the hood.  Our ultrasound at 21 weeks looked good (and no, we didn’t find out the gender).  So while we’ve had our boy name picked since the first pregnancy, we have yet to settle on the girl name.  Baya is back to sleeping through the night, and good thing because I’ve been one tired momma!  Apparently some of that 1st trimester fatigue can return for the final trimester – I just don’t remember it like this the last time.  I’ve also been having a lot of crazy dreams, some about the baby, but mostly not, and I guess this is also common.  The heartburn/acid reflux is still annoying present, but a friend gave me peppermint beadlets that work like a charm and have me able to sleep normal at night again (I HIGHLY recommend them!).  I feel absolutely enormous (though others may disagree) and it’s starting to affect my ability to bend over like normal. 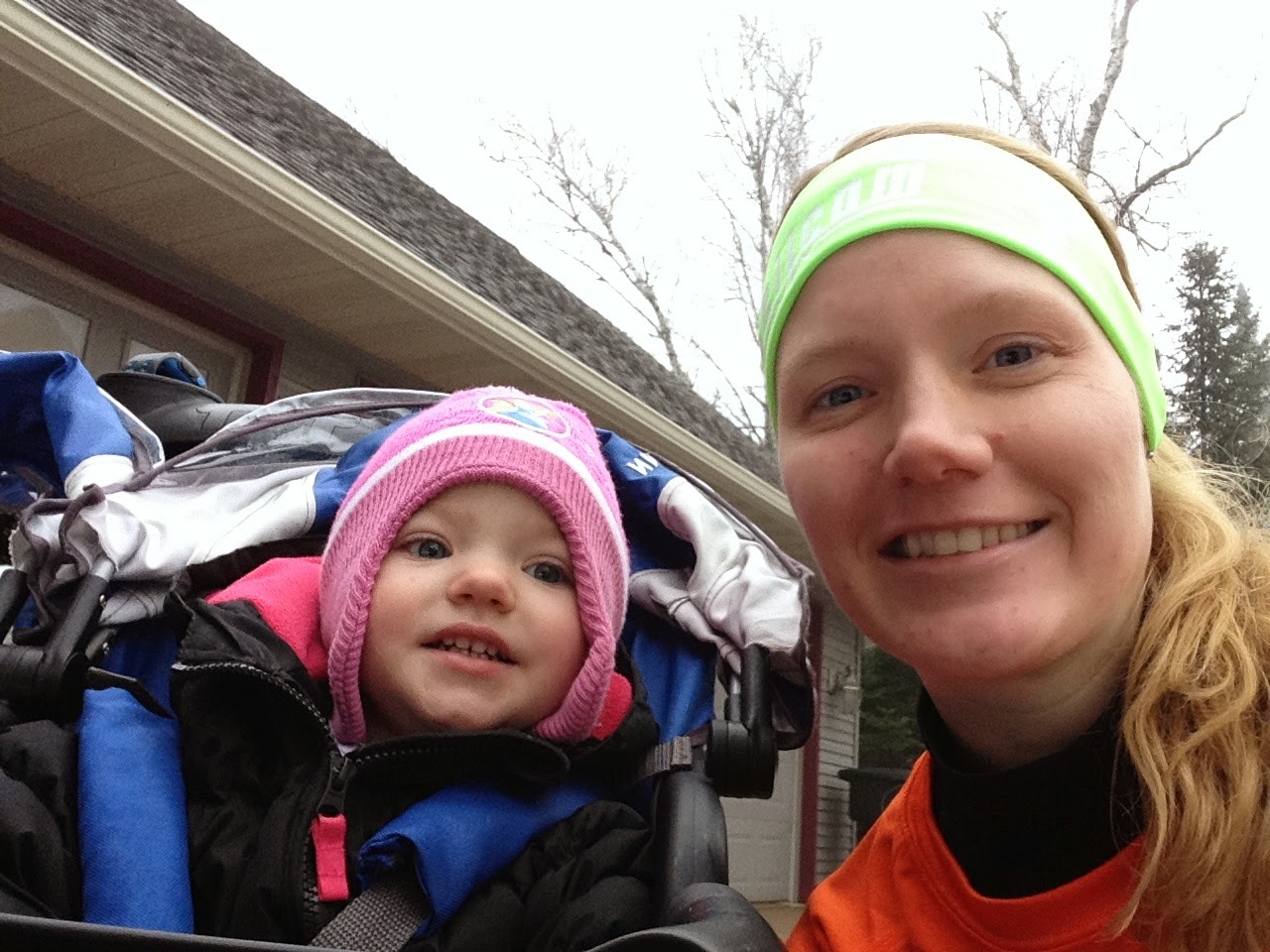 I’m still running 5-6 days per week, just 2-3 miles typically, though 3.5-4 is still okay for a “long” run.  Being slow and stuck inside makes it not very fun, but we recently had a warm-up that was enough to clear the roads in our neighborhood, so I pushed Baya for about 3 miles outside on Monday - it made for a nice change of view.  I haven’t been able to run with her since sometime in October.  I’ve been biking 3-4 days per week and hammering out some hard one-minute intervals once per week (may not sound that bad, but it BURNS!).  We keep the garage around 40 degrees, so it’s great to have a cool place to be able to bike indoors during the winter.  This was the body can focus on the workload and not wasting energy trying to cool itself (and while it’s pretty effective at this, pregnant women have also been warned to be mindful of core temperature and overheating, so that takes care of ay concern of that).  I have a fan out there if I need it too.
I’ve increased my swimming the last few weeks since I’ve had the opportunity – swimming at least 14,000 yards per week (5 swims/week).  I’m still cranking out those 50-yard sprints on one-minute weekly and I just completed 36 of them this past week, putting me ahead of schedule.  I should hit 50 by the end of January now!  And I’m still squeezing into that one-piece …  I’ve been trying to lift twice a week too.  I’ve also been taking a day completely off once a week the last couple weeks, which has been good both physically and mentally.  I’ve also been planning out the 2015 race season, and it’ll be a fun year with some fierce competition.  It sure keeps the motivation alive for training in the meantime!
Merry Christmas from TRImester Training (celebrate, enjoy, and keep moving!) and the growing Wyss family!
Posted by Jayme Wyss at 1:05 PM