We are in the midst of the track season, so this concept is on my mind a lot.  We throw around the term “develop” quite often.  We have sophomores that were okay athletes last year as freshmen, but now in their second track season, have improved by leaps and bounds.  I have a female pole vaulter who has gone from 8’6” last year to 10’3” already this year, ranking her at the top in the state for D3.  We have a boy who went from 9’6” to 11’ and 6:08 in the mile to 5:30, and 2:33 to 2:21 in the 800.  I spent the off-season (winter) with several athletes in the weight room and we’ve seen big results.  We have outstanding young/new athletes (a boy who ran 4:45 for the mile as a freshman already) and we talk about him breaking the 4:26 mile school record and going to state eventually because he has FOUR YEARS to develop.  He also obviously is gifted, but he also has the time to invest in development to become not just good, but GREAT.  Isn’t that really the quest anyway? 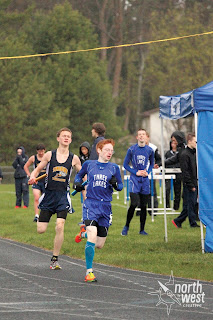 We also have an outstanding group of first year seniors, and while we fully acknowledge their outstanding current abilities in their sole track season, we also think, “Just imagine how good they’d be if they would have come out for track years ago!?!”  We have freshmen who we see glimpses of great things to come yet for them, and we’re thankful we have so many years to invest in them.  They’ll grow both physically and athletically over the years and we’ll do our best in helping them to reach their potential.
As a coach, I think we understand the developmental process.  Why then, when it comes to ourselves, should we expect anything else?  Our first race, or heck, even our first few years in a new sport, should not be seen as the pinnacle of what we are capable of.  We must understand that it is just the beginning of us developing as a runner, or triathlete, or whatever it may be.
We should also understand that while there tends to be the biggest gains of improvement early on, there will also be ups and downs, and eventually, a plateau.  We won’t be stuck in the down times though, and even the plateau is not our pinnacle.  Change up your stimulus (increase volume and/or add more threshold or speed work) and you can break through that plateau.  It is then that we find ourselves at the next level, and usually at a place we never imagined we could reach.  Wherever you are at, remember that development is a long process.  So press on.
Posted by Jayme Wyss at 1:28 PM