If you are a parent, you know that the worry starts long before the baby is born.  Those that have had miscarriages deal with an even higher level of stress and concern.  With all 3 of my pregnancies, we have had our own set of worries to deal with.  These have been things I’ve rarely shared in the past.

I had my ultrasound with Baya, and everything appeared to be good.  I got a call from my doctor that night, who said that it looked good, but there was one concern.  Baya had a calcium deposit on her heart.  By itself, that means absolutely nothing.  It is not a heart concern at all, but rather it is a single “marker.”  We could have another ultrasound done to see if there were any other markers.  One marker means nothing, but if there are multiple markers, it COULD mean Down’s Syndrome.  Even if there was another marker found in another ultrasound, we still wouldn’t know for certain without getting an amnio done, which has an uncomfortably high risk of miscarriage, which we weren’t willing to take.  We didn’t do any more ultrasounds, but spent the next 4 months worrying about the possibilities.  After the chaos of delivery had subsided, and we were left alone as a family of 3, it finally hit me that we had a healthy baby.  I cried.
At 11 weeks along with Myles, I went in to hear the heartbeat.  A week later, I would have my final race of the season, but we were seeing extended family on both sides after that appointment, and we thought about sharing our news with everyone in person.  The doctor couldn’t find the heartbeat at the appointment.  “It could just be too early.” But it could also be that I was miscarrying.  We suffered through the next two weeks until we heard the heartbeat loud and clear at 13 weeks along.
For this baby, I don’t even know how to start.  Let’s just say that there was serious debate about not going to Cozumel for the World Championships.  Not because I would be racing during second trimester at 16 weeks, but because Mexico has reported cases of the Zika virus.  A general statement that the CDC released was that they advised pregnant women not to travel to areas with known Zika cases, as there is a link with Zika to microcephaly, where the development of the baby is affected.  I’ve expressed what Worlds has meant to me, and thinking about giving that up, and ending on the disappointing note that was Nationals was devastating.  There was loss of sleep and lots of crying; a lot of self-torture and questioning of selfishness and loss of personal identity, choice, and freedom that comes with being a mom.  Along with hours of research about the virus, prevention, risks, and places of outbreak, I also called my doctor’s office.  This wasn’t some vacation that would just make me lose out on a lot of money.  This was the World Championships that I planned as my finale. 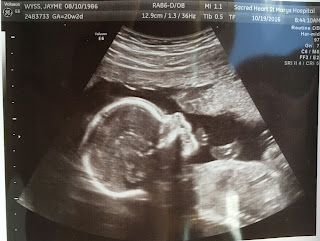 The reported cases in Mexico were broken down by the different states, and the state of Quintana Roo (which Cozumel is a part of), was on the low end for total cases since the beginning of the year.  Our thought was that Cozumel itself was most likely even lower than the rest of the state as well, since it is surrounded by open water, which also means wind.  The further inland you go, the more bugs you tend to get.  There is also a lot unknown about the virus.  If I got the virus, would it automatically affect the baby?  They didn’t know.  The affects could also range from extremely mild to very severe.  Certainly the entire country of Brazil hadn’t just stopped having babies either.  Not every mosquito, or even all of a particular type, would be infected either.  We did a lot of research on the level of risk associated with traveling to Cozumel.
My doctor said they just advise taking preventative measures while I was there.  I was super diligent in putting on bug spray repetitively throughout the day and evening.  Nevertheless, I still had about a handful of bug bites by time the trip was over.  Neither Andy nor I had any symptoms upon return, but a fairly high percentage of people never have symptoms.  Since we didn’t have symptoms, but I was pregnant, I could get tested after being back for a few weeks.  The test took more than a week to come in with results.  The same day I was tested, I had my ultrasound.  I constantly looked at the head – did it look normal in size?  Was my baby developing properly?  This ultrasound didn’t have the same excitement as the others, and instead had a lot more fear and apprehension with it.  The baby measured in the normal range.  Nothing would feel okay though until we finally got the test results back.
Eventually the call came.  My test was negative.  I was safe.  You don’t always realize you’ve been holding your breath until you finally let it out.  With every kick and movement, and even every bit of nausea from heartburn, there is a thankful cry to God.  We’re going to be ok.
Posted by Jayme Wyss at 3:58 PM