While every pregnancy can be expected to be different, as every child is different, there have been a lot of both similarities and differences between my two.  I’ve had similar cravings and dealt with pelvic pain with both, though this time the pelvic pain is tolerable with chiropractic care making a huge difference.  I had heartburn with both, but with Baya it was tolerable without taking anything.  This time I’ve been on maximum strength Pepcid AC for at least a month, and I still have to pop the occasional Tums.  I wonder if the difference is a result of this baby being positioned properly instead of being breech? 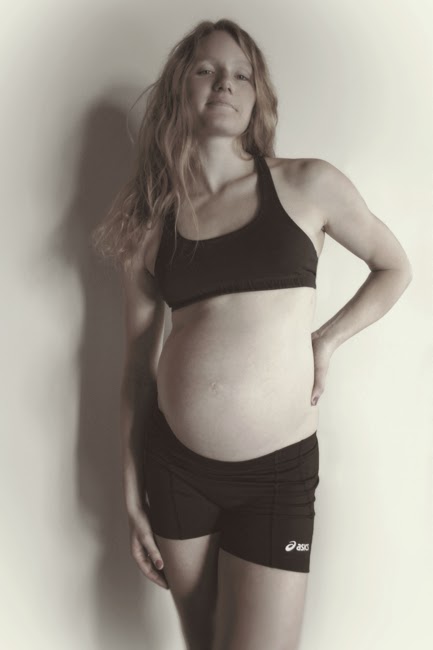 I also felt hiccups multiple times a day with Baya, but I’ve rarely noticed them this time around at all.  The movements and the pressure now at the end is very different – most likely also a result of the difference of positioning I would assume.  I got acne on my back and arms during both pregnancies (not normal otherwise), and while this second time seemed worse, it also has almost gone away already too.  The first time around it lasted beyond pregnancy.
My husband and I also kind of expect me to go into labor the same way too (with my water breaking during the middle of the night).  I don’t remember what the start of contractions felt like, as I knew it was contractions because my water had broke, and my back labor was so extreme due to Baya being breech that I don’t know what to expect without that.  Now when I get up to go to the bathroom during the middle of the night, every time I’m hoping something is going to happen….
I’ve run more (both further and faster) this pregnancy, but have done less swimming and biking.  The big difference there though is opportunity, since I already have one kid.  But while I’m glad I’m still moving and trying to do what I can, I’m REALLY ready to just be done.  Could someone just let this baby know now, please? This waiting game is not a fun one.
Posted by Jayme Wyss at 1:19 PM