8 months.  So closet, yet so far yet.  With so many elements to battle against, the final weeks are always physically and mentally challenging.  For me, it’s been about a moth of horrible sleep – troubles falling asleep (persistent heartburn, can’t shut my mind off, or no apparent reason), and then waking up a lot (Baya coughing or crying cause she’s sick, bathroom breaks, or for no apparent reason).  I’ve gone on Pepcid AC and am taking the limit of that, which has helped immensely, but sometimes I still need to accompany that with peppermint, tums, and/or prop to sleep.  I never knew heartburn could be this bad.  The only real cure for this is having this kid!

The lack of sleep has worn on me (and the baby isn’t even here yet!) to where I’m so dreadfully tired that I am at a loss of motivation for getting in workouts.  My immune system has also been work down to the point where now I am also sick on top of it all (fever, chills, achy everywhere).  I’ve attempted a nap a couple times, and though I’m not a nap taker, I finally fell asleep for one today.  Much needed.  I’m up so often during the night that the baby should just be here already (though I know it’s best to a bake a bit longer).  The final month of pregnancy drives a woman mad – to the point where she’d rather just go through labor and delivery and be done with it, then be pregnant any longer. 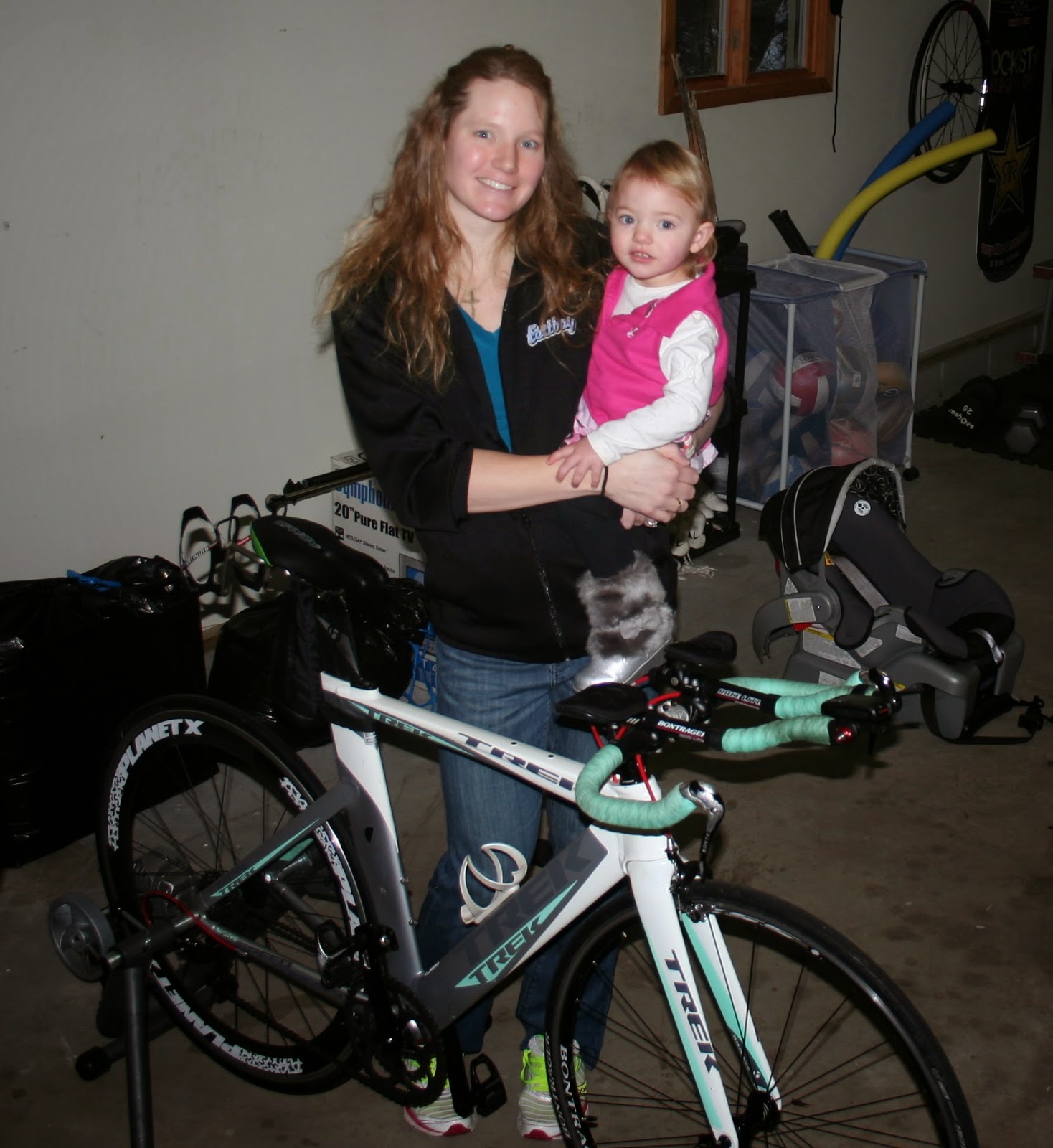 We’ve been locked down in winter for so long with so much cold and snow (poor outside running conditions) - it wears on you.  Getting out and skating and Cross Country skiing has been a good escape and a way to find some enjoyment in it, but I’m mostly just tired.  And while I know things will get harder for awhile, as life with a newborn does, and then adding the track season on top of it (have to get us out the door at a certain time and finding sitters or managing practices and meets with kids in tow) really exhausts you, as well as trying to get into a new workout routine that accommodates both kids and the time schedule we have to work within, it all seems overwhelming, a bit hopeless, a bit TOO MUCH.  Frustration and exhaustion will inevitably only increase.
But then spring will also eventually show up, and with it, new life (beyond just the new baby) and energy and excitement.  And hope.  There is a lot to look forward to this year: our growing family, a season of exciting races culminating in wearing the Team USA uniform at the World Championships, and even a growing team of sponsors that I have for support (more to come on that later!).  So as exhausting and frustrating as it has been lately, the big picture can’t be forgotten, and the setbacks mustn’t be the main focus.  They’re temporary.  A friend shared a quote with me at just the right time: “Do not let what you can not do interfere with what you can do.” – John Wooden.  Don’t let the setbacks define you, rather how you respond to and make it through them!
Posted by Jayme Wyss at 4:56 PM